Wacom has been making digital tablets and pads for computer users for a number of years. These devices allow users to get handwriting and hand drawn images into their computers. Wacom has announced a new product in the lineup called the Bamboo Pad Wireless. The wireless touchpad allows users navigate using gestures and right are Google using an included stylus. 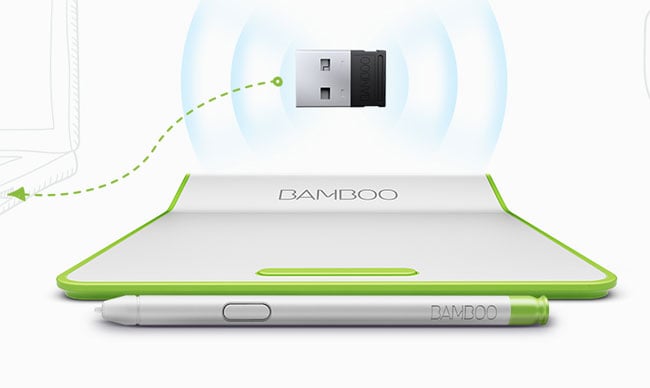 The stylus uses no batteries and the tablet itself gets power from a pair of AAA batteries. The tablet supports gestures such as scroll, zoom, swiping, and the ability to select using your fingers. The stylus recognizes multiple pressure levels allow you to write or draw just as you would with a pen or pencil on paper.

The Bamboo Pad Wireless connects to Mac or Windows computers using an included USB radio dongle. The device can also be used with the right or left hands. It comes in green, purple, blue, or black colors and is available now for $79.