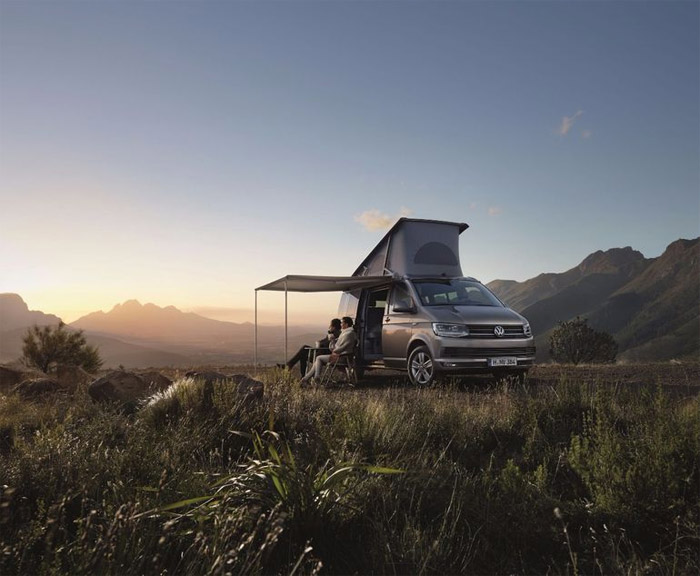 Back in the 50s, VW had cool microbus campers that are still around today. VW is showing off a very modern version of that camper called the VW California. The camper van comes in two versions with the difference being the engine under the hood of the car. The Beach comes with a 2.0L diesel engine making 102hp while the Ocean comes with a 2.0L gas engine with twice the power output of the diesel.

No matter which engine option you choose, both versions have the same camper features. You get the ability to sleep four people with a double bed in the main area and a roof bed. The Ocean model has an electrohydraulic pop-up roof and dimmable LED lighting.

Both come with an 11-gallon refrigerator, twin burner stove, and a stainless steel sink. VW includes a combination cup, ashtray, and towel holder as well. The California also has lots of modern safety features with a Driver Alert System to detect unusual steering patterns that indicate driver fatigue. Brake assist will apply full brake pressure in emergencies. Automatic Post Collision braking stops the vehicle after a crash. Pricing for the California hasn’t been announced, but VW promises pricing will be announced soon.