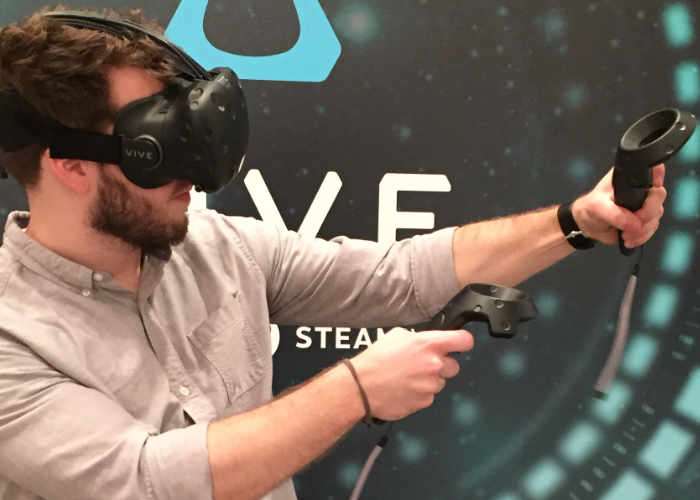 It has been revealed this week that HTC will soon be rolling out new next-generation virtual reality features to its HTC Vive VR headset in the form of wireless multiplayer, improved social engagement and eye-tracking technology.

The features are currently in the final stages of development and are expected to be rolled out very soon. Wireless virtual reality is already available thanks to the wireless HTC Vive adapter which was made available to consumers in any of this year.

The Engadget website explains a little more about the new virtual reality features that HTC is working on to implement into their VR headset in the coming months.

Now the company is taking it to the next level by introducing an upgraded adapter designed specifically for multi-user applications. The TPCast “Business Edition” is designed to enable wireless, multiplayer virtual reality play. It’s a small tweak to an already existing technology, but it opens up new possibilities, and gives more freedom to users collaborating in a VR environment to also interact with the physical world around them without worrying about tripping over each other’s headset cords.

Having less physical barriers in the way of the virtual environment makes in-person social interaction a little easier, but other members of the VRCA are focused on merging the social spaces of disparate digital worlds — specifically, social network integration. Partnering with WeChat, one of China’s most popular social platforms, ObEN is building an AI-driven virtual environment that allows VR users to seamlessly interact with WeChat users on mobile.

Right now, that consists of creating a system that can make a realistic avatar from a selfie and using smart speech to text programs to make sure a user in a VR headset can respond to text conversations without picking up a keyboard. The company says it’s also working on an app that will allow WeChat mobile users to control an avatar in the VR world without wearing an actual headset, significantly lowering the barrier to entry for VR social experiences.

Jump over to the Engadget website via the link below to learn more about what you can expect from the next-generation virtual reality features that will be soon rolling out for their HTC Vive.