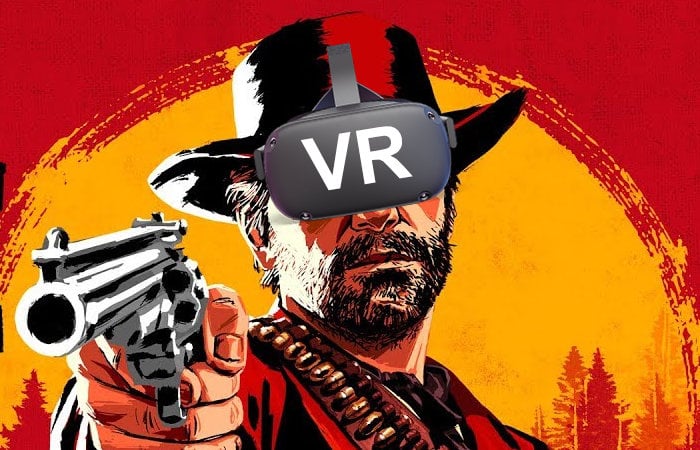 If you have been patiently waiting to be able to play Grand Theft Auto 5 or Red Dead Redemption II fully immersed in virtual reality, you will be pleased to know that the engineers at VorpX have released a new update in the form of v21.2.1 bringing with it new ‘connection mods’. The new mods allow gamers to enjoy GTA V and Red Dead Redemption 2 on VR headset and will automatically configure the games for “a great out-of-the box FullVR experience” says VorpX.

“Originally this was supposed to be just a maintenance update, but in the end became an almost-major-release due to two huge additions in the form of vorpX connection mods for GTA V and Red Dead Redemption 2 that provide a great out-of-the box FullVR experience for both games. Both are still somewhat beta, but good enough for a first public release.”

“The connection mods implement perfect 1:1 headtracking, decoupled walk/look/aim, auto switching to EdgePeek in cutscenes and menu screens for improved comfort, and unique VR optimized cameras for both games that get rid of nauseating head bobbing and whenever possible the equally nauseating moments where the games briefly take away control, e.g. when entering a car or mounting a horse.”

“They also add Alternate Frame Geometry 3D for both games. If you are sensitive to the comfort issues inherent to AFR 3D, vorpX’s built in 3D methods are still available without losing the other benefits of the more direct connection like positional tracking and decoupled walk/look.For the heck of it GTA V got an additional driving view that mounts the camera on a car’s hood, similar to what you may know from many racing games. Turned out to be the most fun and immersive way to cruise through Los Santos you may have ever experienced.”

Jump over to the VorpX 21.2.1 release notes by following the link below for details on all the new additions, features and tweaks in the latest release.