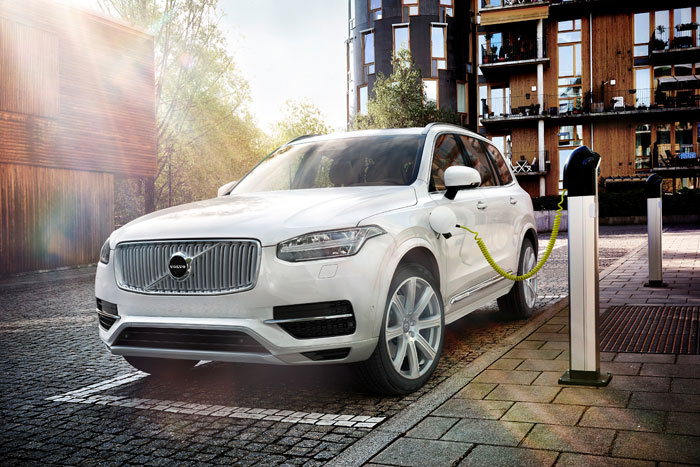 Volvo has unveiled a new model that will slot into the XC90 lineup called the XC90 T8. The T8 version of the car is a plug-in hybrid that has plenty of seating space for seven people yet offers the fuel efficiency and emissions of a much smaller car. The XC90 T8 uses Volvo Twin Engine technoglyo combining a gasoline engine with an electric motor.

The gasoline engine is a small 2.0L 4-cylinder that uses both a supercharger and a turbocharger to develop 318hp and 400nm of torque. The electric propulsion system adds in more power bringing the total to 400hp and 640nm of torque. The battery pack inside the car is in the central tunnel to leave all the people and cargo space in place. The battery is a 65kW unit and it powers an 82hp electric motor.

The XC90 T8 has a pure electric mode that allows the car to travel 40km on electricity alone. Other modes include hybrid, power mode, AWD, and save mode. Save mode allows the driver to save the power in the battery for use as pure electric power later. The car achieves 59 MPGe on the US driving cycle and 2.5L/100km on the European cycle.