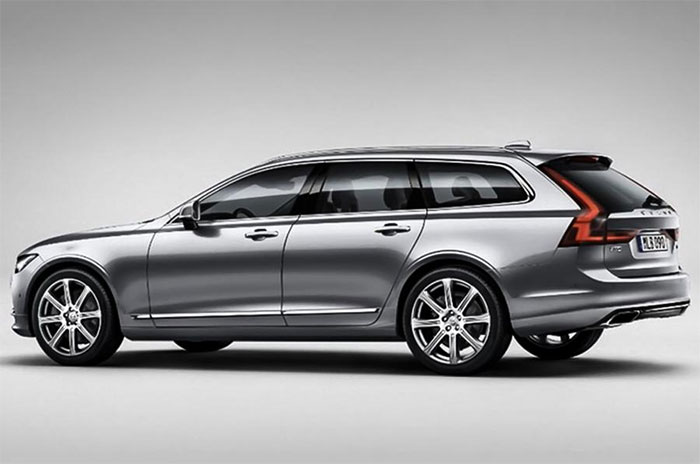 Some images of the coming Volvo V90 wagon have leaked online ahead of the official unveiling of the car at the Geneva Motor Show in March. The images are supposed to be official pics and show a car that looks very good and has a strong familial resemblance to the V90 sedan that it is based on. It’s not a small car with a very long looking hood and rear end.

It looks to have plenty of space inside and would make a good people and stuff hauler. The car will be constructed on the SPA platform and should have the same power options as the XC90. That would include the T8 Twin Engine Hybrid, D4, and D5 diesel engines. Who knows if the car will come to the States, if it did those diesel engines aren’t likely.

Volvo hasn’t given an official launch date for the car. We do know that the V90 will hit UK dealerships in H2 2016. We are expecting Polestar to lay hands on this wagon and make something much sportier and with more power. I am a big fan of Polestar wagons and would love to have one to drive around town.