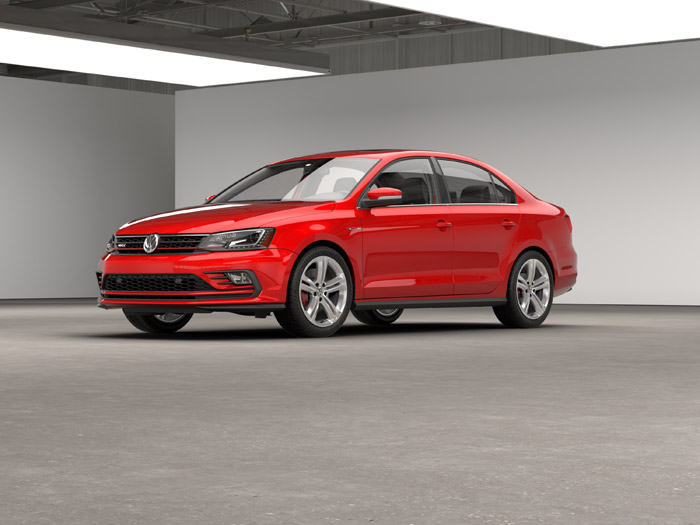 One of the most popular and well-known VW cars is the Golf. One of the most popular versions of the Golf is the GTI, which is the VW hot hatch that is popular all around the world. VW has unveiled the 2016 Jetta GTI, which is the sedan version of the Golf GTI. Anyone wanting a car that is sporty with decent performance, but preferring a real trunk might want to check out the Jetta GLI. The car has a 2.0L TSI turbo direct injection EA888 4-cylinder under the hood.

The Golf GTI uses that same exact 210 hp engine. For 2016, the Jetta GLI gets a honeycomb grille and fog lights with a new rear bumper that has an integrated diffuser. All GLI models get 18-inch Mallory aluminum wheels with all-season tires as standard. Optional summer performance tires are available.

Inside the car, all 2016 GLIs get the new MIB 2 infotainment system. VW has also added standard automatic post-collision braking to the car. That feature is designed to bring the car to a stop as quickly as possible after an accident where the airbags are deployed. Pricing on the 2016 Jetta GLI is unannounced at this time.