The search for new energy sources continues, one company here in the UK called GENeco has developed a new way of powering vehicles, and have managed to convert a Volkswagen Beetle to run on bio-gas which has been produced from human waste.

GENeco has developed bio-gas from human waste, and they have managed to convert a Beetle to run on the bio-gas, without any loss in performance, and the VW beetle is capable of the same speeds as the petrol version, with a top speed of 114 miles per hour. 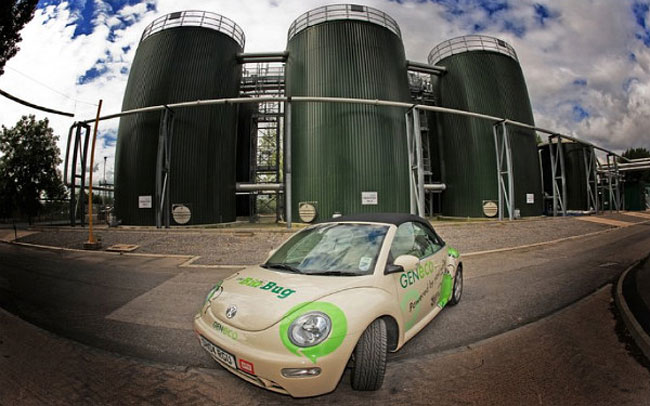 The waste from about 70 homes in the UK, is enough to power one vehicle for 10,000 miles, which is the average mileage for one year of the majority of motorists in the UK.

The car still needs a small amount of petrol to run, and unleaded petrol is used to star the engine and get it to a certain temperature, once this temperature is reached it then switches to the bio-gas.

It certainly seems like an interesting solution to powering vehicles, although I am not sure I would want to drive around in a car powered by human waste.