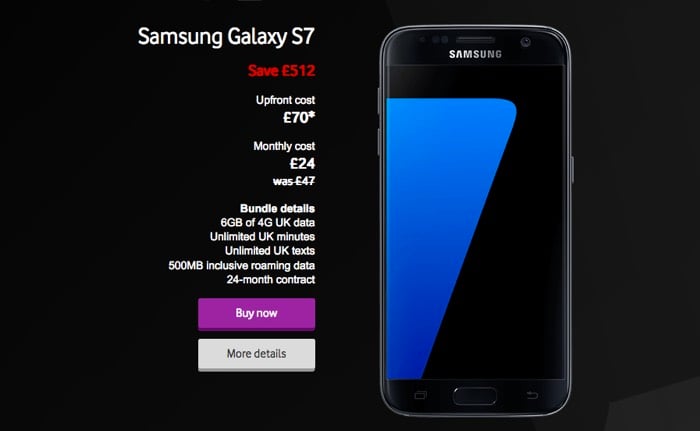 Vodafone has announced its Black Friday Deals for the UK and the carrier is offering a range of deals this weekend.

Some of the deals with Vodafone include a Samsung Galaxy S7 for £24 a month over 24 months with £70 up front, this previously cost £47 a month.

There are lots more deals over at Vodafone and you can find out more information at the link below.