Vizio has this week unveiled its new Vtab1008 Android tablets its just added to its range, an the one we first glimpsed during Vizio’s Rose Bowl advert first shown back in January this year.

The new tablet has been designed specifically to be a Wi-Fi only tablet and features an 8 inch, 1024 x 768 resolution, capacitive touchscreen display powered by a 1GHz processor. Its also equipped with 2GB of internal storage which can be increased using the tablets microSD card slot to a maximum of 32GB if required.

Unfortunately there are no details on which version of Android the tablet will be running but either Android 2.3 Gingerbread or the latest Android Honeycomb 3.2 which has been especially designed for tablets, will probably be the choice of OS. 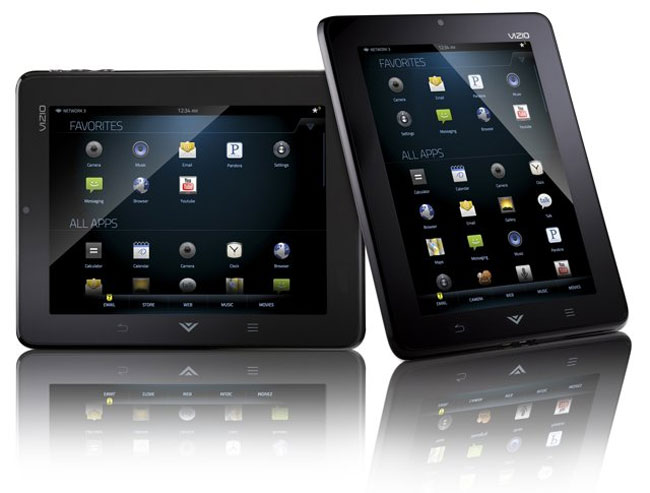 Other features on the new Vizio vtab1008 Android tablet include a front facing camera, a micro HDMI output and the ability to be able to use the tablet as a remote control with other Vizio devices, using the tablets universal remote app and built-in IR.

Unfortunately no information on pricing or worldwide availability has been released as yet, but expect it to arrive sometime this summer. As soon as it becomes available we will let you know. Take a look and our article on Android vs iPhone to see which smartphone and mobile platform is best for you.