There are a bunch of tablets on the market today and most of them run Android. I have long said what we need on the Android tablet market isn’t necessarily a tablet with more performance, but a nicely featured Android tablet at a good price. The Vizio 8-inch tablet may be just that machine. The tablet is rumored to sell for $349 and it has nice specs. 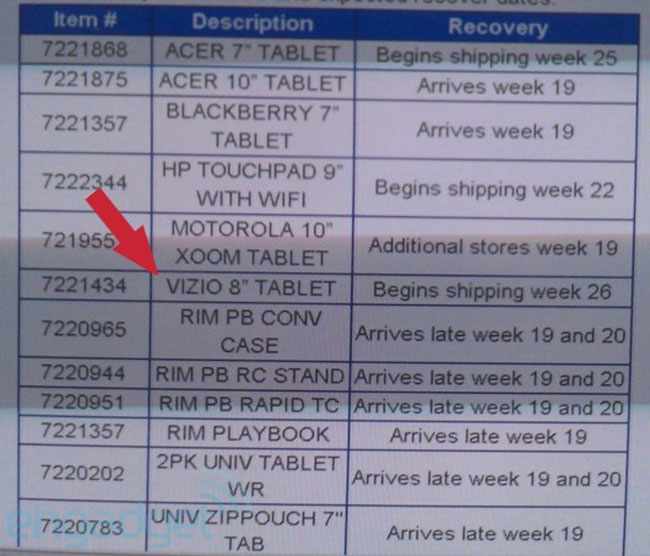 The tablet will run Android and has an 8-inch screen. As for the hardware, the full specs are a bit of a mystery. What we do know is that the tablet will hit Walmart for sale in week 26 thanks to a leaked inventory screen from Walmart. Apparently, week 26 is 6-weeks away from us.

A few cool things about the tablet include that it will act as a universal remote control for Vizio home theater gear like TVs. It also has stereo speakers that support stereo in portrait and landscape mode by using three speakers and running two of them depending on the orientation of the screen. If you can hold out on buying for 6-weeks, this tablet will be worth a look.