This week Hulu Plus has now arrived in the Android Market and is supported on the new Vizio 8 tablet. Bringing users of the tablet an extensive library of TV and film content from over hundreds of providers and independent creators for just $7.99 a month.

The Vizio 8 becomes the first Android tablet to benefit from Hulu Plus support, and its only running Android Gingerbread, rather than the tablet optimised Honeycomb version of Android. 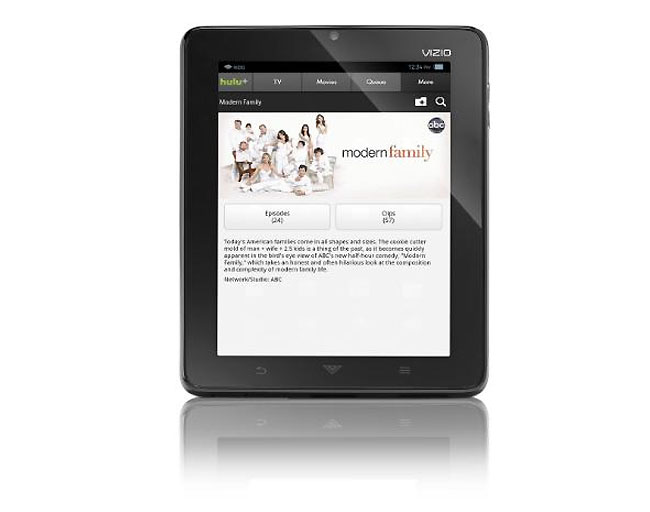 The new Vizio 8 inch tablet launched just last week for $300 and with the Vizio’s support for HDMI output and mirroring to a HD TV the package provides excellent value for money, if you are looking to setup up Hulu Plus running on a tablet.