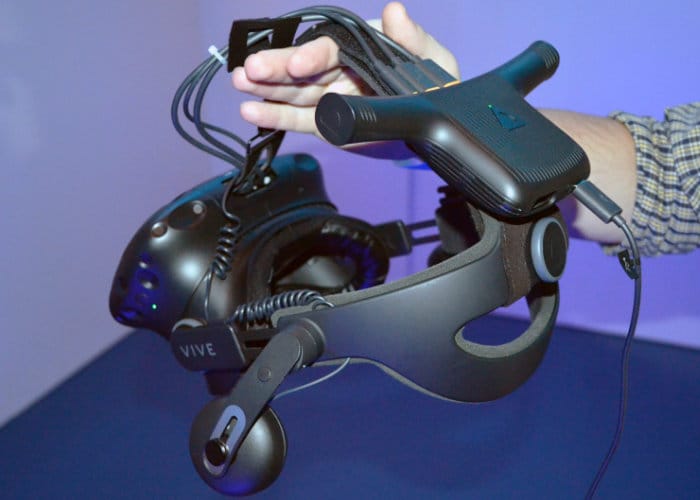 More details have been revealed at E3 2018 this week about the upcoming Vive Wireless Adapter which has been created by HTC to compete with the likes of TPCast. Offering a way to immerse yourself in virtual reality without the VR headset needing to be tethered to a PC via cables. Up to three Vive Wireless Adapters can be used in the same space without interference confirmed HTC.

The new Vive Wireless Adapter was showcased at the recent E3 2018 event with the Vive Pro at the DisplayLink booth, where a HTC spokesperson explained that the unit is “nearing production readiness and is on track to launch by late Summer” says the Road To VR website.

HTC has also revealed a few more details about the battery that will be included with the Vive Wireless Adapter, capable of powering both the adapter and the vibe headset and taking the form of the QC 3.0 Powerbank. A full charge is expected to offer up to 2 to 3 hours of battery life and once flat will take around one hour to fully recharge. Equipped with a simple USB port it’s not out of the question that VR enthusiasts can use other battery packs currently available to charge the headset and wireless adapter if required.

Unfortunately, no information on pricing or worldwide availability has been released as yetFor the Vive Wireless Adapter, or battery pack, but as soon as information comes to light, we will keep you updated as always.