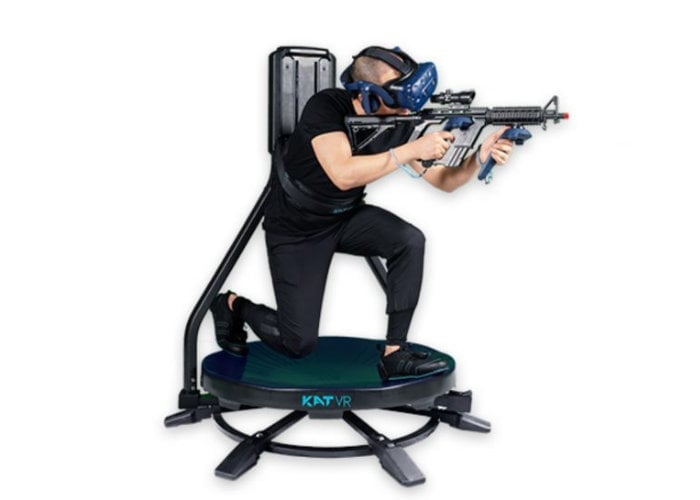 A new virtual reality treadmill will be launching via Kickstarter later this month in the form of the Kat Walk C created by the Chinese-based hardware company Kat VR. The VR treadmill is fitted with a rear-mounted vertical harness lets you stand and crouch, and keeps you in place while walking, running, or strafing, the company says.watch the demonstration video below to learn more about the virtual reality treadmill preparing to launch its crowdfunding campaign later this month in the video below.

“KAT Walk C is the world’s first gamer-dedicated, personal VR Omni-Directional Treadmill (ODT) – A new generation mechanical device that allows for 360 degrees of human motion, creating infinite movement area in VR on minimum physical space in reality. The new device a innovative walking solution suitable for home use and affordable for individuals. The early-bird prices of the upcoming Kickstarter project at the end of june are set to start at only $699 + delivery.”

Unfortunately, no information on specifications, supported devices or worldwide availability has been released as yet by Kat VR, but as soon as information comes to light and the Kickstarter campaign launches, we will keep you updated as always.