As users of London Underground Tube that have been enjoying the new Virgin Media free WiFi since its installation for the 2012 Olympic games, might be a little disappointed to hear that from today onwards Virgin Media will be charging for the connection.

But don’t worry too much if you are a Virgin Media, Vodafone, EE, T-Mobile and Orange customers as you can stay connected  from 29th January at no extra cost thanks to wholesale agreements announced in November. 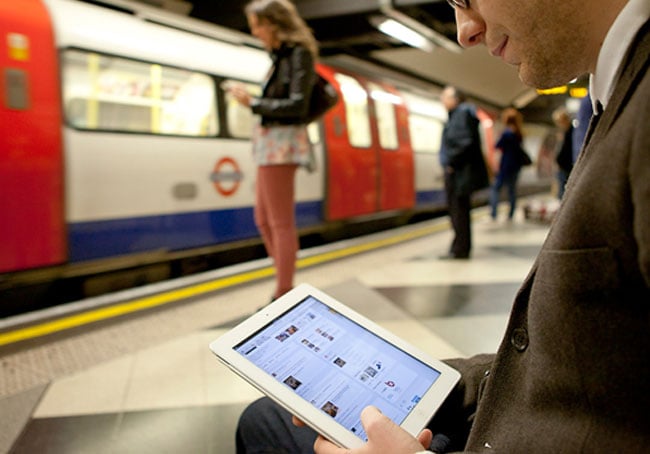 Virgin also announced in today press release that: “Another 11 stations are coming online this week, including Hampstead, Tooting Broadway and Great Portland Street, joining the 92 London Underground stations already WiFi enabled. We continue to work with TfL to install more stations throughout London, with around 120 stations due to be connected by the end of March 2013.”

Virgin Media WiFi Pass Cost : ** anyone taking up the monthly WiFi pass throughout February will enjoy three months access for the price of one!

Vodafon has also announced to :  “The service is currently available at no extra cost to Pay as you go customers with internet as part of their price plan and all Business and Pay monthly customers. To use the service customers simply need to have signed up to My Vodafone.”-” Passengers are able to get online throughout connected London Underground stations: in the ticket hall, on the escalators and on the platforms. Users can also get connected whilst on a train in a platform but WiFi will not work in the London Underground tunnels.”