Sir Richard Branson today opened the Virgin Galactic Gateway To Space formally known as Spaceport America for business today, by abseiling down the side of the world’s first built-from-scratch commercial spaceport, spraying and drinking from a bottle of champagne. 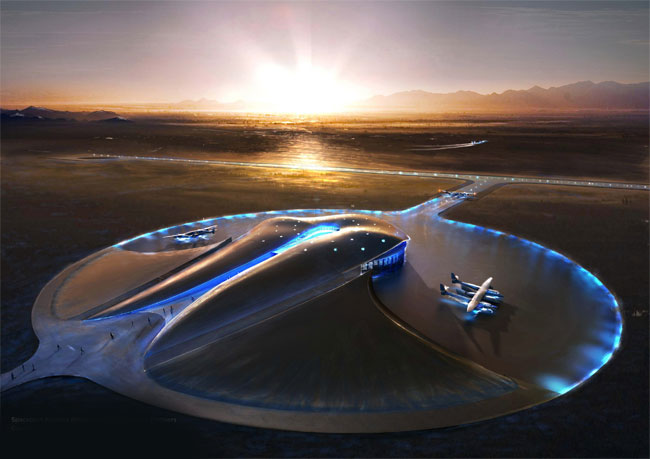 450 passengers have already bought their £125,000 tickets to make the journey into suborbital space once the Virgin Galactic Gateway To Space is finally ready.

Sir Richard explained: “The building is absolutely magnificent,” – “It is literally out of this world, and that’s what we were aiming at creating.” – “We want to be sure we’ve really tested the craft through and through before turning it over to the astronauts who bought tickets to go up,”