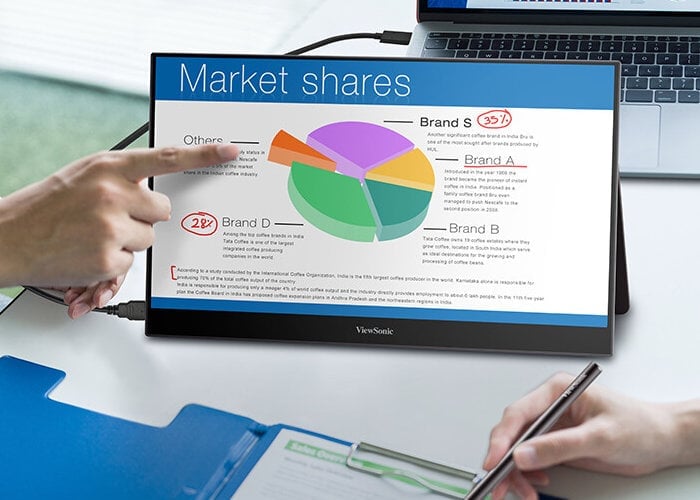 The VG1655 portable monitor features an anti-glare screen to deliver a vivid viewing experience, and both monitors are equipped with two USB Type-C ports, enabling users to quickly connect video, audio, and data, while also delivering up to 60W of two-way power.

“The ViewSonic portable monitors are perfect for users that need the additional screen space to be more efficient in their work,” said Phong Phanel, product marketing manager for professional displays for ViewSonic Americas. “The ViewSonic TD1655 and VG1655 weigh only two pounds and measure less than an inch thick. These ultra-slim portable monitors fit easily into any bag, briefcase, or backpack, making them convenient for traveling.” 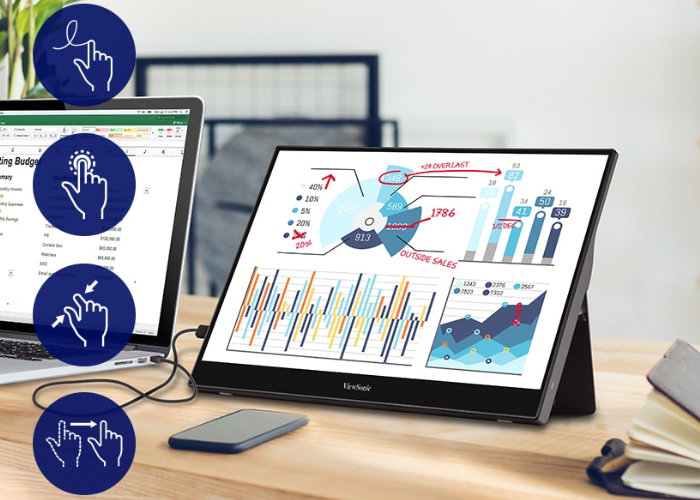