Check out this cool gaze controlled robot, developed by researchers at the Technical University of Denmark. 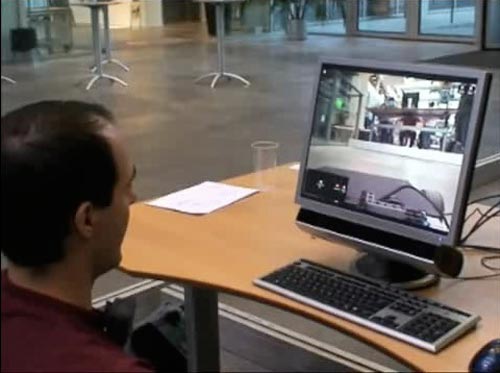 The robot was based around the LEGO NXT-G kit, a webcam and a laptop which is connected to the robot via Bluetooth, and then to a desktop PC via WiFi.

The PC features an eye tracking system that lets users control the robot by looking at the screen and then the robot responds and moves to wherever the user is looking.