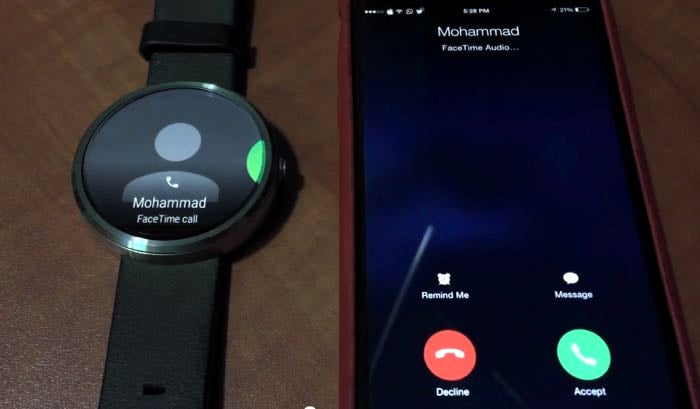 Back in February we showed you a video from developer MohammadAG showing an iPhone working with Android wear and a Moto 360 smartwatch.

Now we have another video from MohammadAG, this one shows incoming calls on an iPhone being answered with a Moto 360 and Android Wear, this can apparently be done without needing to jailbreak the iPhone.

Answering iPhone calls with Android Wear using ANCS, jailbreak not required (phone is jailbroken, but it’s not needed), because of the nature of the API used, this also means that iOS 8’s actionable notifications are supported.

It certainly looks interesting from the video and instead of needing a jailbroken iPhone, Mohammad uses native APIs to get Android Wear and iOS to work together.