I’m certainly not the sort of guy that thinks piracy is a good thing. I happen to believe that ultimately piracy costs us all more money when we buy legitimate software, movies, and music. However, I believe that the tactics many companies take against people and businesses when it comes to piracy are often not justified. 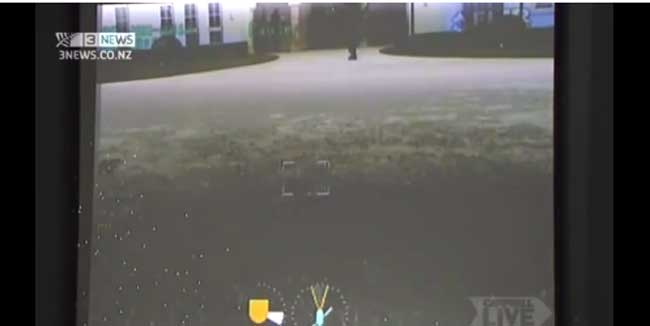 This is the case with Megaupload founder Kim Dotcom. Dotcom and other executives of Megaupload are currently fighting extradition to the US where they face legal charges for alleged copyright infringement. Dotcom has argued for a while that the raid on his massive mansion used excessive force. It’s worth noting that courts found the warrants used in the raid were invalid.

The video taken by police helicopters of the raid has turned up online. The raid used not one, but two helicopters filled with heavily armed police officers and four additional police vehicles filled with armed officers on man accused of copyright infringement and his family. One of the officers on the video says “force was applied” to Dotcom. Dotcom says that he was sitting in a chair with his hands up and police entered, punched him in the face, threw him to the ground, kneed him in the ribs, and stood on his hands.