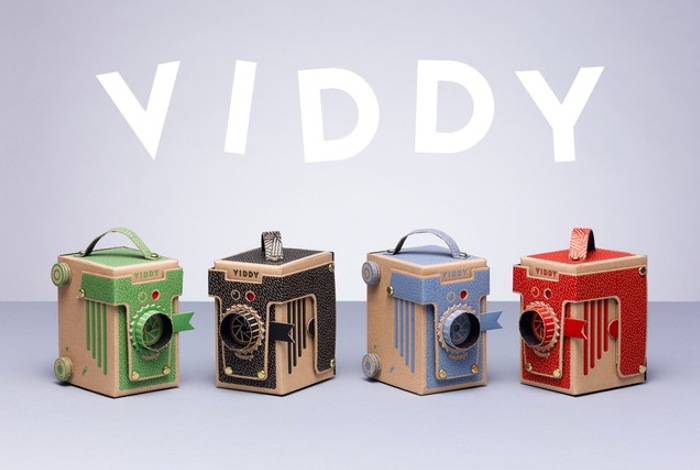 Photographers or makers looking for a project to keep them busy for a weekend, might be interested in a new pinhole camera kit called the Viddy which has been designed to be assembled from scratch in just 30 minutes.

The Viddy pinhole camera is capable of using both medium format and 35mm film and has been designed by Kelly Angood based in the UK.

“Viddy is a screenprinted do-it-yourself pinhole camera kit made from tough, durable recycled card. It accepts both medium format and 35mm film. Each and every VIDDY is screenprinted and die-cut by hand in the UK and is available in 4 colours; Green, Black, Blue or Red. 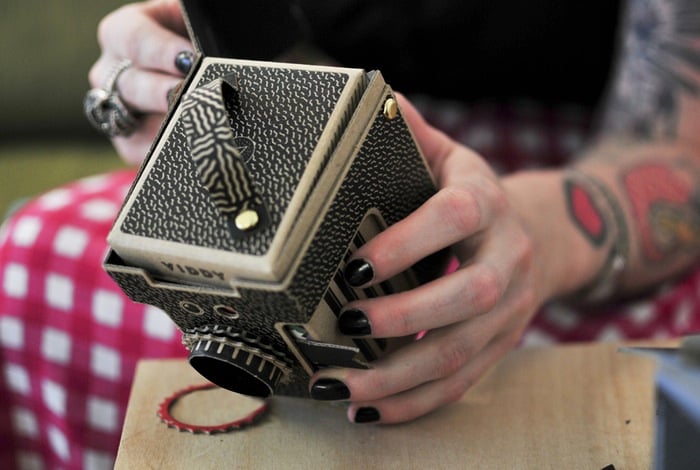 Viddy comes as a kit and the main pieces you’ll need simply pop out so you’ll go from flat pack to working camera in around half an hour! Stickers and split pins are used to build the main body and you just need a small drop of glue to construct the film advance knobs.”

The Viddy project is currently over on the Kickstarter crowd funding website looking to raise enough pledges to make the jump from concept to production.

So if you think Viddy is something you could benefit from, visit the Kickstarter website now to make a pledge and help Viddy become a reality.