Knife maker Victorinox has unveiled it new range of Slim Flash Drives encased in penknife cases. But dont worry if you fly the bladeless Victorinox Slim is permitted to be carried on airplanes.

While the Victorinox Slim and Slim Duo include all the standard pocket knife functions including blade, nail file and scissors, equipping you for nearly any eventuality while out and about. Each Victorinox Slim flash drive can store up to 64Gb of data and can be secured using a personal password, with 128GB for the Victorinox Slim Duo. 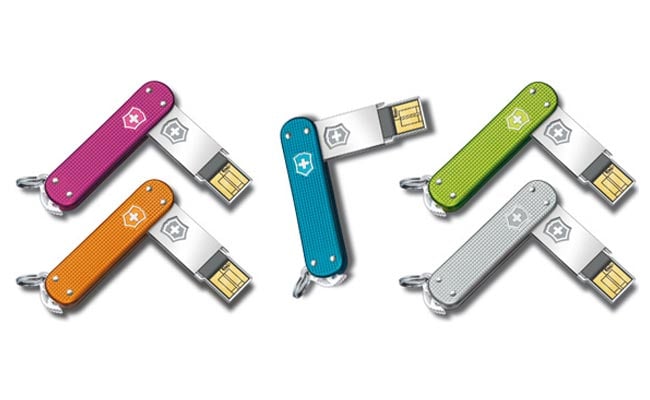 The Victorinox Secure SSD is the s the world’s smallest 256GB solid-state drive and includes security software also provides automatic back-up functions with  Zero-Footprint capability to ensure anonymity while web surfing and the bookmarks and favorites manager synchronise your documents and folders between more than one computer.