The Video Electronics Standards Association (VESA) has today announced the release of the latest DisplayPort Dual-Mode Standard, which comes with 4K support.

The new DisplayPort version will function with the highest HDMI 1.4a resolutions like Ultra HD (4k), 3D 1080p 60 and 1080p with millions of colours. 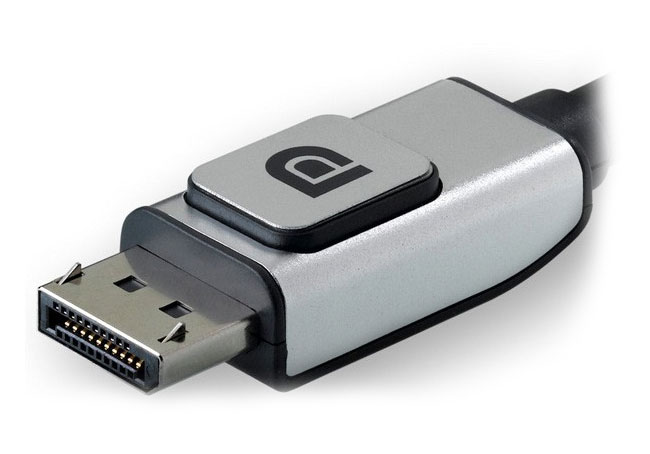 VESA has developed the DisplayPort technology to provide a single video interface that both provides advanced features as well as supporting legacy displays such as  VGA and DVI, and HDMI.

“The first Ultra HD displays were introduced in 2012, but today’s Dual-Mode DisplayPort-to-HDMI cable adaptors limit display resolution to 1080p,” said Craig Wiley, senior director of marketing at Parade Technologies, and VESA Board of Directors chairman. “For a personal computer to fully support HDMI 1.4 or deep color, today a separate HDMI output is needed. This updated DisplayPort Dual-Mode Standard version 1.1 enables full support of HDMI 1.4 video modes, and 1080p deep color, using a simple cable adaptor plugged into the system’s DisplayPort output. This helps to reduce the number of interface ports needed on a Personal Computer, which is desirable as form factors shrink.”

The new Dual-Mode DisplayPort cable adaptors are expected to be available to consumers later this year. Unfortunately no information on pricing or worldwide availability has been released as yet, but as soon as information comes to light we will keep you updated as always.