Dvice are reporting that the Verizon iPhone which we have been hearing about for some time will feature a faster processor than the current one found in the iPhone 4, a 1.2GHz one.

They are also reporting that the Verizon iPhone would feature a larger display than the iPhone 4, a 3.7 inch one, and that it would also feature an internal antenna as opposed to the current antenna which has caused so many problems on the iPhone 4. 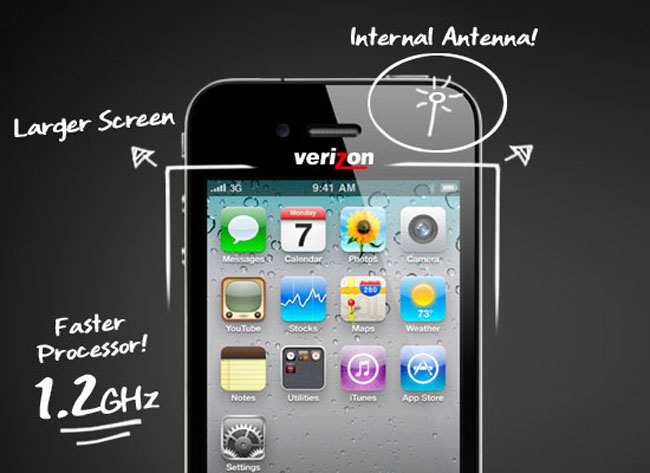 Dvice are citing an inside source, who has seen various Verizon iPhone prototypes over the last few months, and the source has also said that the Verizon iPhone will feature a new rugged exterior.

It certainly sounds very interesting, and we can see the antenna part being true, I am not so sure about a larger screen and a faster processor, but who knows with Apple.

One thing we do know is that the possibility of Apple launching an iPhone on Verizon is getting more real, and we will probably see one at the beginning of 2011.