The video below shows the Samsung Galaxy Nexus running Speedtest with only two bars of signal, and according to the video it was tested in a not so good signal area, and still managed speeds of 8MB. 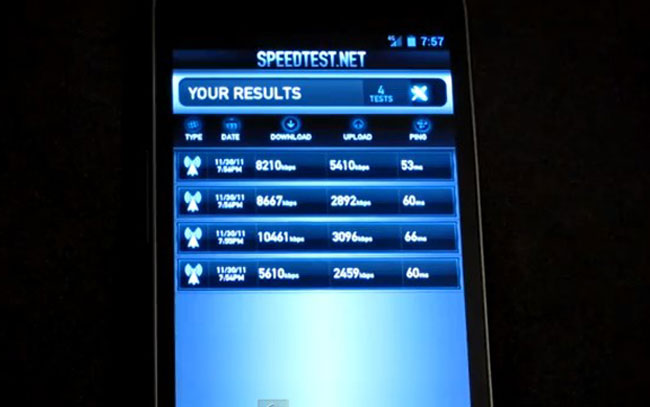