Velocity Micro has launched two new tablets which run Google’s Android OS, the Cruz Tablet and Cruz Reader. The Cruz Reader is the cheaper of the two and it features a 7 inch touchscreen display, as support for Adobe Flash 10.1, plus an 800MHZ processor and an SD card Slot.

The Cruz Tablet also feature a 7 inch Touchscreen display, has support for Adobe Flash 10.1, and also has an 7800MHz processor and an SD card slot. 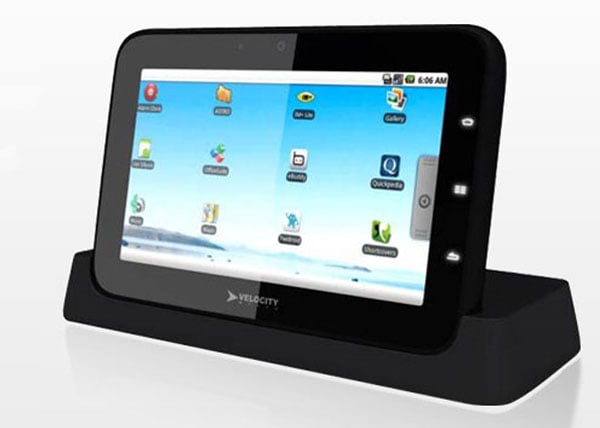 On top of that the Cruz Tablet also features a front facing two megapixel web camera and a docking station. Both models with have access to application from the ‘Cruz Market’ this is in addition to the Google Android Market.