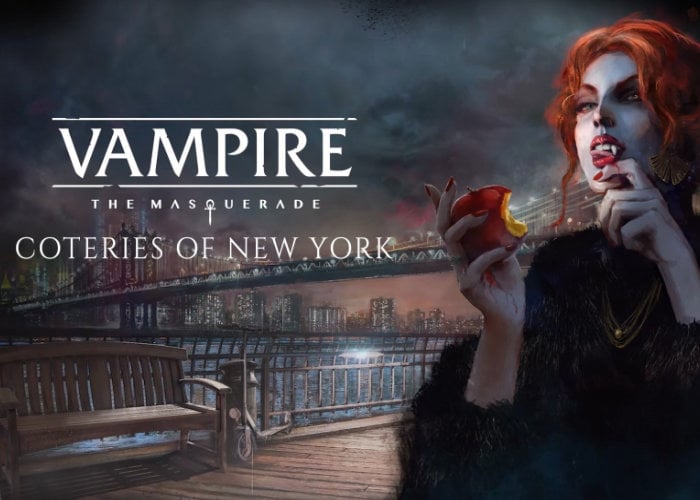 After previously being made available on PC late last year, the Vampire The Masquerade Coteries of New York game is now available on the Xbox platform offering a single player indie game developed and published by Drawer Distance.

Features of the Vampire The Masquerade Coteries Of New York game :

– Choose one of three pre-defined characters and play as a Ventrue, Toreador or Brujah
– Each playable character offers a selection of powers (Disciplines), different ethical approaches to certain issues, and unique dialogue lines
– Character-oriented quests allow you to meet four unique non-playable characters: a Tremere sorcerer, a Nosferatu detective, a Gangrel of conflicted loyalties and a Malkavian multifoliate online personality with their own agendas. Win their hearts and minds and up to two of them will assist you in the finale
– Depending on your choice of the Clan you will be able to see the events from a distinct perspective. One playthrough is not enough to see all the game has to offer!
– Different paths leading to a grand finale that will leave you surprised and eager to see more
– Suitable for both Vampire: The Masquerade veterans, and fans of mature narrative-driven games who are newcomers to the setting