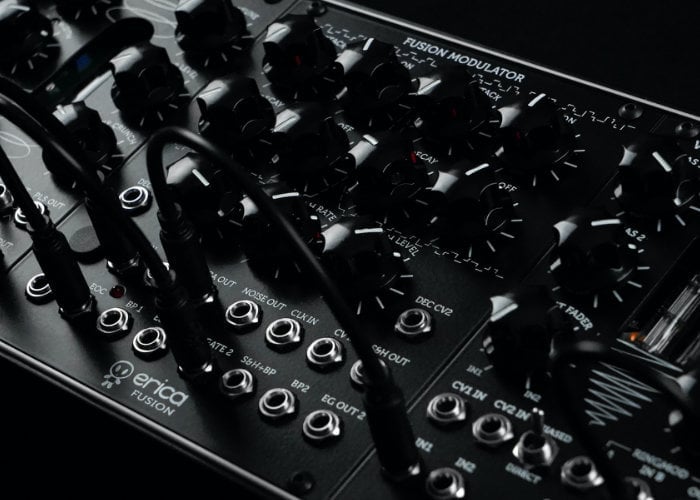 Erica Synths has announced that their new Fusion System II Vacuum tube based eurorack modular synthesizer is now available to purchase for worldwide delivery. Offering a 104HP system has 63 patchpoints for extensive experiments in sound design, all analogue signal and CV path; it’s a system for those, who take sound design seriously.

“Fusion System II is a Eurorack-based modular synthesizer for artists seeking extreme tube-based tones, unconventional modulations and creativity-inspiring patching. The 104HP system features 63 patch-points for extensive possibilities in sound design, in addition to an all-analogue signal and CV path. Indeed, it is a system for those who take sound design seriously.”

The Erica Synths Fusion System II is now available to purchase in a number of versions for worldwide use. For more details and pricing jump over to the official Erica Synths website by following the link below.