A new folding electric bike has launched over on the Indiegogo crowd funding website this month which has been designed to provide commuters with a green and environmentally friendly way of commuting to work.

The URB-E has been specifically designed to be able to quickly fold and unfold, and due to its small size can easily stowed in a luggage rack on a train, bus or in the boot of a car when required. 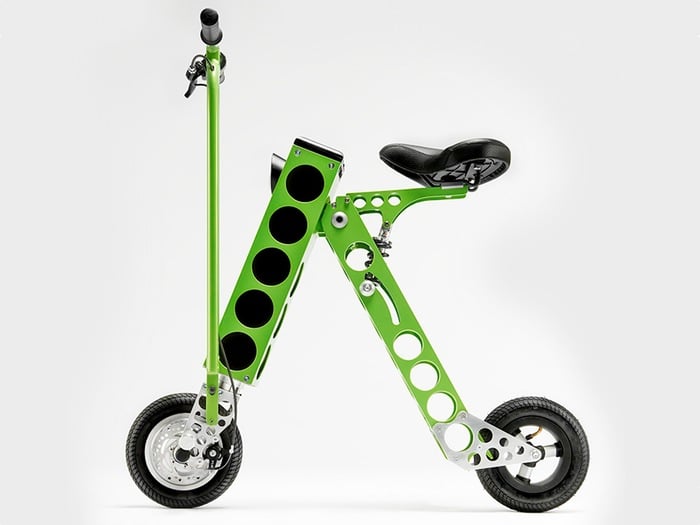 Its inventors explain a little more : “The URB-E Commuter is the perfect vehicle for the highly congested urban environment.  Its three wheel trike design allows for added stability and greater lower speed maneuverability, perfect for navigating pedestrian traffic.  The two rear wheels also serve as a very stable way to roll the URB-E around while in its folded position, similar to pulling a piece of luggage.  Although the URB-E Commuter is capable of the same speeds as the GP (15mph), it is better suited for slower speed turns. (image shown with optional luggage rack accessory and bag)

It takes only one second to convert the URB-E from something the size of carry on luggage to a ‘go anywhere’ personal e-vehicle!  Although there are other options for mobility devices such as bicycles and larger, more expensive e-vehicles on the market, it is not always possible to take these vehicles with you while traveling on a crowded train or bus during rush hour.  Because of its amazingly compact size and ability to stay with you while traveling on a train, bus, or trunk of your car, the URB-E makes for the perfect commuter companion.” 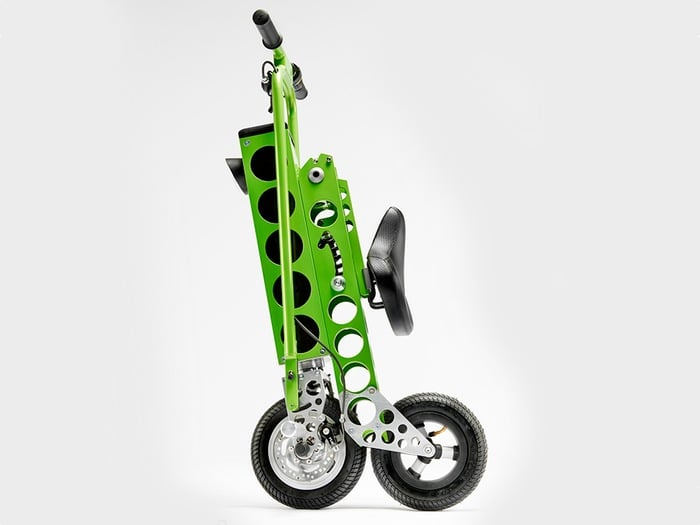 The URB-E project is currently over on the Indiegogo crowd funding website looking to raise enough pledges to make the jump from concept to production. So if you think URB-E is something you could benefit from, visit the Indiegogo website now to make a pledge and help URB-E become a reality.