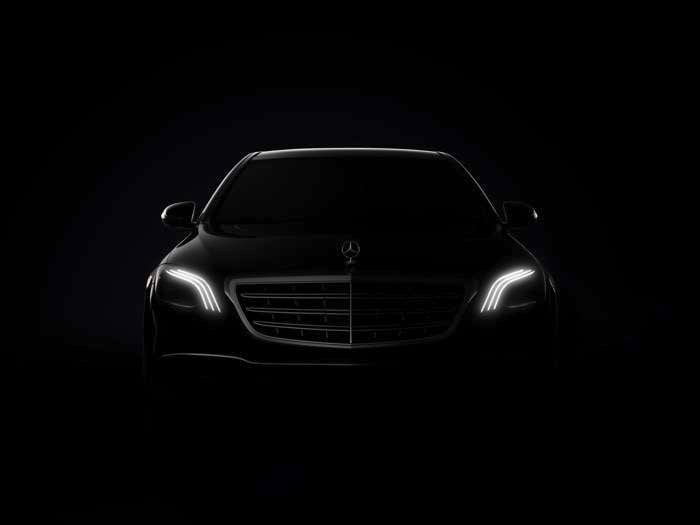 Mercedes Benz has revealed that they will be unveiling an updated version of their Mercedes S Class at Auto Shanghai this month.

The new Mercedes S Class will get a number of upgrades over the current model, including some new engine options and more.

Several new engines are planned for the new S-Class: in-line six cylinders as diesel and petrol engines as well as a new V-8 biturbo petrol engine. In addition, Mercedes-Benz plans a plug-in hybrid with an electric range of about 50 kilometres. At the same time, ground-breaking technologies such as the 48‑volt Integrated Starter Alternator and the electric booster compressor) celebrate their world première.

The top-of-the-range model of Mercedes-Benz takes another big step towards autonomous driving and elevates Intelligent Drive to the next level. DISTRONIC Active Proximity Control and Active Steer Assist now provide even more comfortable support for the driver to keep a safe distance and steer. The speed is now adjusted automatically ahead of curves or junctions. MULTIBEAM LED headlamps and ULTRA RANGE High Beam turn night into day.

Auto Shanghai takes place between the 19th and 28th of April and we will have more details about the new S Class then.

Source Mercedes Benz has revealed that they will be unveiling an updated version of their Mercedes S Class at Auto Shanghai this month.