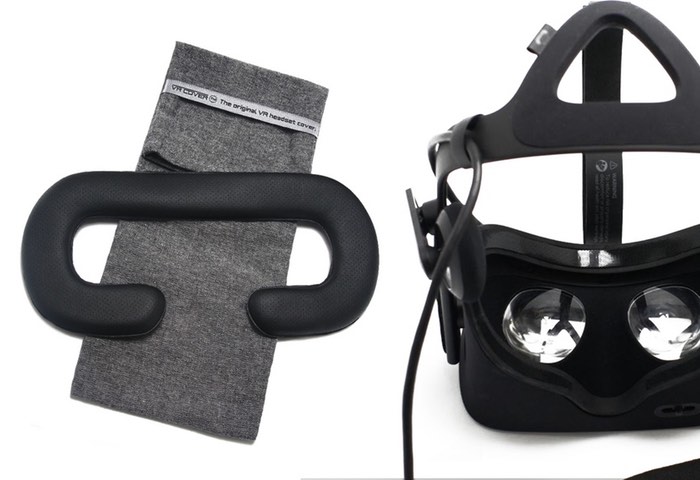 Oculus Rift users looking for a little more comfort might be interested in a new Kickstarter campaign which has been launched this month, offering official Oculus Rift facial interfaces with replacement foam pads.

Gauss TechThe company behind the facial interfaces is offering to different versions, one of which replaces the face home and another that is slightly bigger for users that use the Rift with spectacles.

Check out the video below to learn more about how easy they are to fit, and the added comfort they can bring to your Oculus Rift virtual reality headset.

We have been selling our hygiene solution for the Oculus Rift DK1 and DK2 since 2014 and now also offer our VR Cover for the consumer version of the Oculus Rift. Without VR Cover, the stock foam of your VR headset can become pretty gross and worn out over time.

Besides VR Cover, we have been offering Gear VR foam replacements since January 2016 and have begun offering them for the HTC Vive. With your help we can also bring new facial interfaces to the Oculus Rift!

For more information on the Oculus Rift facial interfaces jump over to the official Kickstarter campaign via the link below.