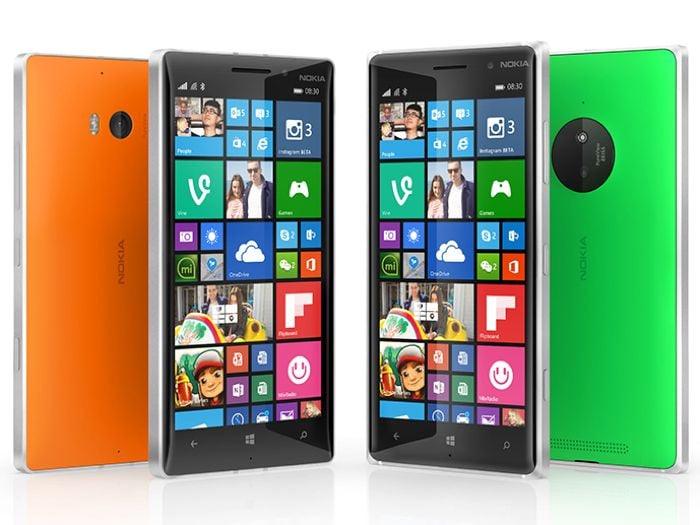 The new Microsoft Lumia 830 smartphone was announced at IFA earlier this month, the handset is now available to pre-order in the UK and it will go on sale on the 1st of October.

UK retailer Unlocked Mobiles is now taking pre-orders on the Microsoft Lumia 830, the device will set you back £304.98 including taxes, this is the unlocked price for the device without a contract.

The new Microsoft Lumia 830 features a 5 inch HD display that has a resolution of 1280 x 720 pixels, processing comes in the form of a quad core Qualcomm Snapdragon 400 processor clocked at 1.2GHz, there is also 1GB of RAM and 16GB of storage.

The Lumia 830 also features front and rear facing cameras, up front we have a 1 megapixel camera for video chat, on the back of a handset is a 10 megapixel PureView camera, and the handset features 4G LTE, WiFi and Bluetooth, plus the latest version of Microsoft’s mobile OS, Windows Phone 8.1.

You can find out more details about the new Microsoft Lumia 830 PureView smartphone over at Unlocked Mobiles at the link below, the handset is available to pre-order as of now.