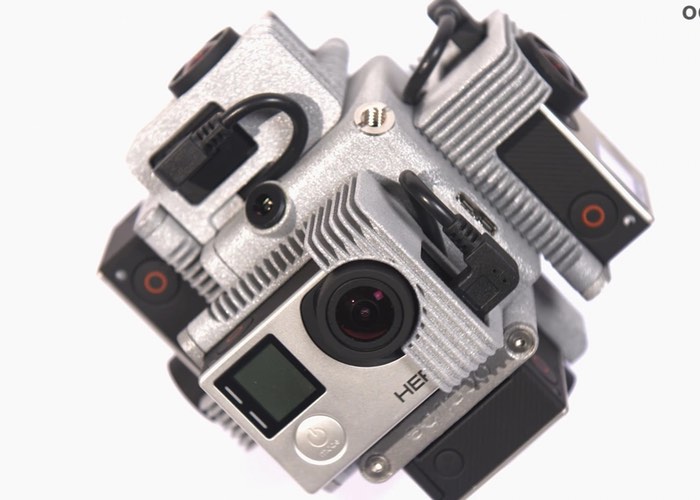 A new GoPro 360 mount called the Occube has been launched over on the Kickstarter crowdfunding website this week offering a cost-effective way to create 360° videos and imagery and includes integrated electronics with heat reduction technology.

The Occube GoPro 360 mount has been launched on Kickstarter to raise the €40,000 it requires to make the jump into production. Check out the promotional video below to learn more about its unique design and characteristics that allows you to mount six GoPro action cameras in one compact unit.

The developers of Occube explain more about his inspiration ;

Working in the professional video industry and being big fans of 360° recording we have experienced numerous situations in which we had to make a lot of compromises working with the current 360° technology on the market. Due to quality limitations of “one-stop” cameras currently on the markets we are focused on working with GoPro action cameras, the respective camera rigs as well as the required stitching software. During operations we have experienced pitfalls that did not enable us to work professionaly:

To solve the overheating problem, we decided to use a plastic with a high integration of aluminum (Thermal conductivity ratio of 6 W/m/K vs. 0,25-0,3 W/m/K). This material has 20 times higher thermal conductivity than commonly used plastic but with all other advantages of plastic. In addition we will optimize the design in a way that it enables an optimal thermal flow. The aim of all this is to diminish the overheating problem that is driving so many 360° video producer insane. In order to be able to produce the rig using the special plastic we need to design an injection mold, out of which the cube will be formed with high temperature.

For more information on the new GoPro 360 mount jump over to the Kickstarter website for details via the link below.