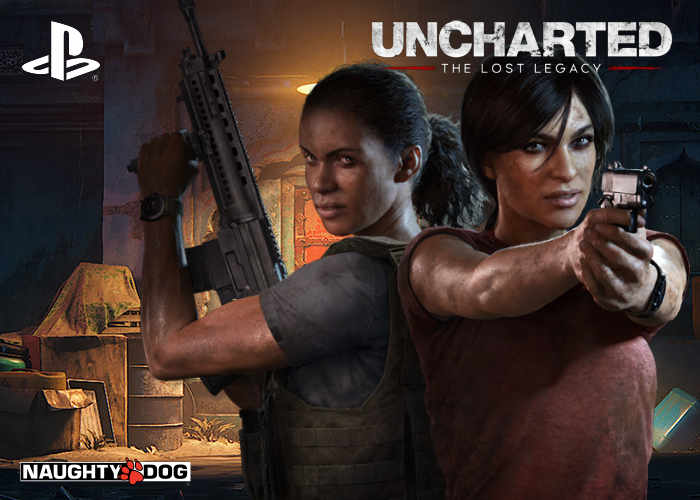 Over the weekend during this years PlayStation Experience 2016 a new reveal trailer has been released showing a glimpse at the new Uncharted The Lost Legacy game which will be launching sometime next year during 2017.

Uncharted The Lost Legacy has been created by developer Naughty Dog and will be the first standalone adventure in the Uncharted series. Providing an adventure during which Chloe Frazer, must enlist the aid of renowned mercenary Nadine Ross from Uncharted 4: A Thief’s End in order to recover a fabled ancient Indian artifact.

Together, they’ll venture deep into the mountains of India in search of the legendary artifact. Along the way, they’ll learn to work together to unearth the mystery of the artifact, fight their way through fierce opposition, and prevent the region from falling into chaos.

Building upon the critically acclaimed gameplay and storytelling of Uncharted 4: A Thief’s End, Uncharted: The Lost Legacy features all of the hallmarks of the series, including a rich cinematic story, exotic new destinations, intricate puzzles, and action-packed set pieces.

Uncharted: The Lost Legacy will be the first ever standalone release in history of the Uncharted series and will be our most substantial story expansion to date. It will be available as a standalone game on store shelves and for digital download. If you have already purchased the Uncharted 4 Digital Deluxe Edition or the Explorer’s Pack, you will get Uncharted: The Lost Legacy as a download at launch.

Uncharted The Lost Legacy will soon be available to preorder and is an exclusive to  PlayStation consoles.