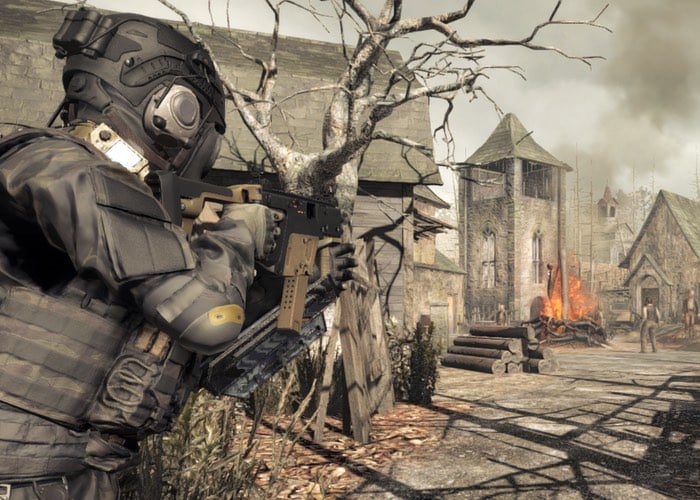 Capcom has today announced that their new third person shooter game Umbrella Corps, that takes place inside the Resident Evil world will be available to play on both PC and PlayStation 4 during May of this year.

Umbrella Corps will support 1 – 6 players and has been designed to provide an online competitive team battle arena. Although Capcom have today confirmed that a single player mode called “The Experiment” will also be available for players to enjoy.

Check out the latest trailer from Capcom to see what you can expect from the Umbrella Corps shooter game when it launches during the middle of 2016. Capcom explains more :

When the game was first revealed, we announced the One Life Match mode and the Umbrella Laboratory map, but we have more in store for you. You will also be able to fight in the Resident Evil 4 inspired Village with Ganados that aren’t too happy about the constant gun fights and the newly imagined Tricell organization HQ from Resident Evil 5 where blood-thirsty Cerberus dogs are added to the mix. You’ll roam these maps in both multiplayer and in “The Experiment” single player mode, where you fight enemies that change per stage in over 20 missions with varying objectives. You won’t be able to use the handy Zombie Jammer that normally keeps the creatures away though, so good luck!

And in case you need a refresh on what Umbrella Corps is all about – it’s a new fast-paced third person shooter that blends Capcom’s experience in competitive games, tense scenarios and previous shooting games with a Resident Evil undertone. With many of the dev team members being airsoft enthusiasts, they wanted to take the exciting keep-you-on-your-toes tension that both Resident Evil and airsoft have to offer to create a new experience that fans haven’t seen before from a shooting game.

For more screens and info jump over to the official Capcom website and blog via the link below.