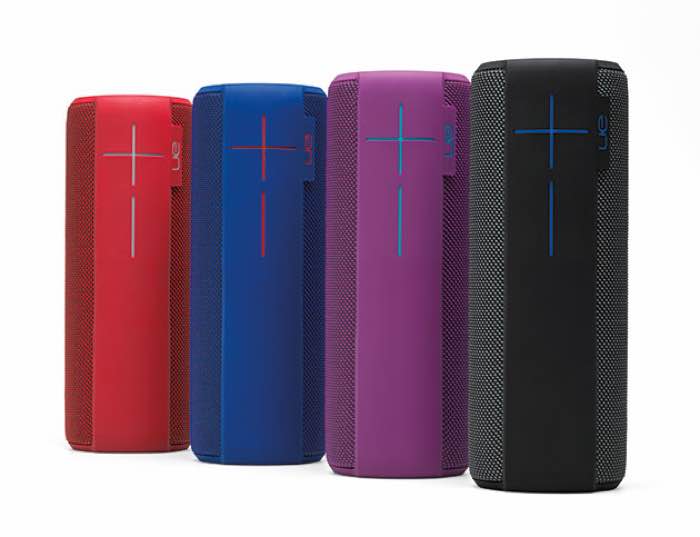 Ultimate Ears have announced a new mobile speaker, this one is a larger version of the UE Boom, called the UE Megaboom.

The UE Megaboom comes with 360 degree sound and the devices features an IPX7 rating for water resistance, and it also comes with free apps for both Android and iOS.

Similar to UE’s first mobile speaker, UE BOOM, the next-generation UE MEGABOOM blasts freakishly amazing 360-degree sound with heart-pounding bass. With a waterproof – IPX7 certified – and stain-resistant acoustic skin, and a durable grab-and-go design, UE MEGABOOM makes your musical adventures both awesome and easy. Plus, UE MEGABOOM weighs less than two pounds, features a 20-hour rechargeable battery life and 100-foot wireless Bluetooth® range, so you can keep the party going anywhere. You can also wirelessly Double Up with a second UE MEGABOOM, or UE BOOM, for twice the beats.

“People want their music wherever they go, and to be part of everything they do,” said Rory Dooley, general manager of Ultimate Ears. “That’s why we designed UE MEGABOOM to be strong enough to withstand your life and your adventures, and allow you to share the magic of music wherever you go.”

The UE Megaboom will go on sale in the US later this month, the debvice will retail for $299.99, you can find out more details at the link below.