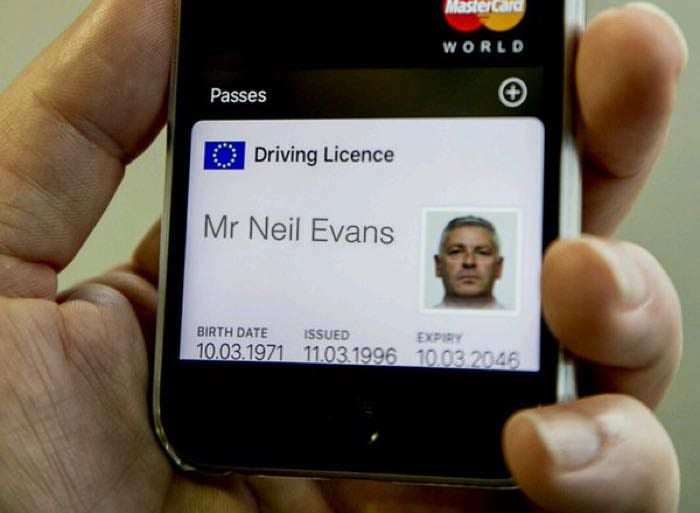 Oliver Morley the CEO of the UK’s Driver and Vehicle Licensing Agency has revealed that they are working on a digital driving license for the iPhone.

The photo above was posted on Twitter by the DVLA chief and he also revealed some more details about how this new license would work.

The new  digital driving license would not be a replacement for the existing one, it would be an add on to the photo card that is issued at the moment.

He also revealed that security would be a main priority for the new driving license, it is in the prototype stages at the moment and there are no details on when it will actually launch.

We presume this would allow you to carry the information on yoru driving license around on your iPhone without having to carrier the photo card license, this is currently required when you are driving in the UK at the moment.