This week Ubuntu has released a new version of its Ubuntu One storage application for Windows. A little strange you might think? Ubuntu explain the reason why they have created the new Windows client application is in response to user requests and their goal to make Ubuntu One a a multi-platform service.

Based on all of this feedback Ubuntu released their first Windows client beta back in November 2010. Since then the Ubuntu team has been developing a lightweight Windows desktop app allowing you to use all the great features of Ubuntu One on your Windows systems. 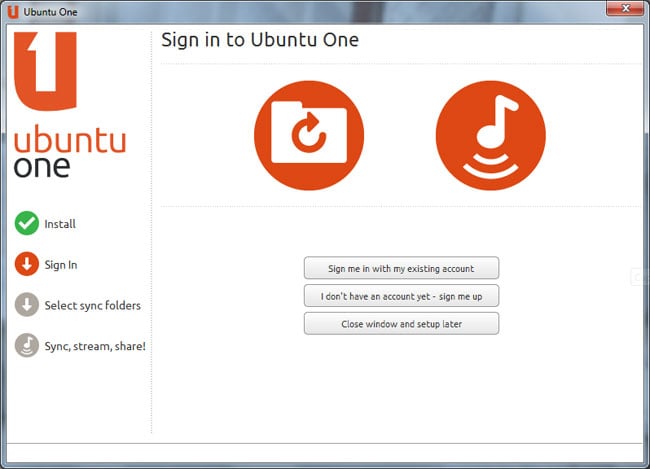 “The most important thing is we listen to our users. We have long received feedback from Ubuntu users regarding their evolving needs to manage all their content  from a single, secure place across multiple platforms and devices. We’ve looked at many use cases, the most common being the Ubuntu user who is using more than one device or OS. Many people have to work in Windows or Mac environments, even if they prefer to use Ubuntu as their home desktop or OS of choice.”

Ubuntu’s One strategy is to be a multi-platform service, and Windows is one element of that strategy so you can expect over application to arrive in the future I’m sure. The Ubuntu One official client for Windows is now available for download.