Ubisoft has today announced the launch of their new Wii gaming peripheral called the Ubisoft Drawsome Tablet which has been designed to allow you to bring a little artistic creativity to the Wii console.

The Drawsome Tablet features a 8.5 screen that allows you to draw and even trace using the transparency flap that covers the drawing area. The tablet is supplied with a wireless stylus allowing you free movement when drawing and sketching. Watch the video after the jump to see Ubisoft’s Drawsome Tablet for the Wii console in action. 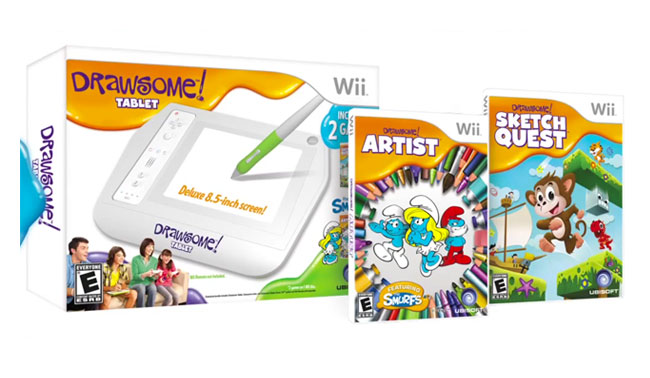 Everything drawn on the tablet will be displayed in real time on your home HDTV and using an SD card, you can easily share your creations with friends and family.

The Ubisoft Drawsome Tablet will be arriving in stores on December 6th and comes complete with two games: Drawsome Artist game, and Drawsome Sketch Quest game, however it will be exclusively in the United States only.