We’ve heard quite a lot about the oversized Samsung tablet boasting a screen size of a gigantic 12.2 inches dubbed as Galaxy Note Pro. Recently, we got the first glimpse of what could the tablet could look like as well.

A new rumor suggests that there are two versions of the Samsung Galaxy Note Pro being tested. Recently, two versions of the tablet with model number SM-T905 and SM-P905 were spotted on the logistics tracking website Zauba for internal testing purposes. 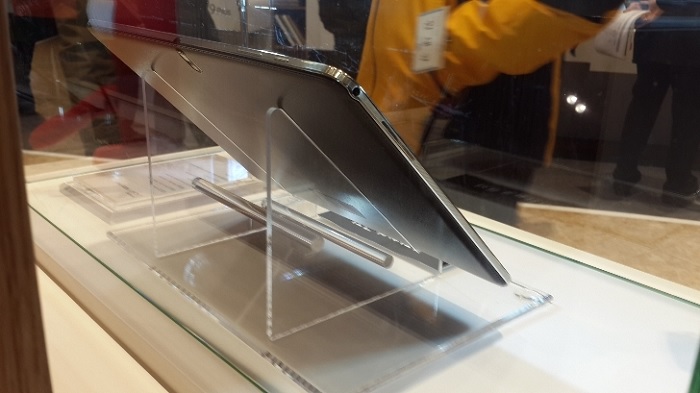 This is not it, another report from a Korean publication Move Player mentions that Samsung is working on two variants of Galaxy Note Pro. But, the site provides something than what we’ve heard before.

It mentions Samsung working on two versions of Galaxy Note Pro with one carrying a screen size of 12.2 inches while the other one features a 10.1-inch display. This might be something difficult to digest, but the report further mentions the smaller version, Galaxy Note Pro with 10.1-inch display, will sport an impressive resolution of 2560 x 1600 pixels, 3GB of RAM with Android 4.4 KitKat pre-installed out of the box. Additionally, it will feature a massive 9,500 mAh battery and will be quite heavy, 750g.

There’s no official word from the manufacturer about the launch of the tablet, but rumors suggests it will see the daylight on MWC 2014 or CES 2014. We’ll find out how much truth lies in this rumor as CES 2014 is just around the corner.