The dual analog stick N64 controller, was originally created to play a hidden mode within Star Wars Episode 1: Racer. That provided players with the option to control their pods using the analog sticks of two controllers. Watch the video after the jump to see it in action. 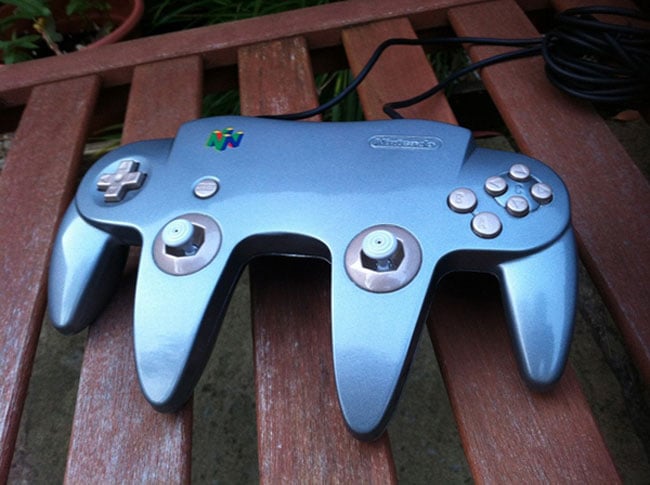 But its also handy for playing Goldeneye, forum members explained on Clarky’s forum thread, and which you can see in the video below.For more information on this custom dual N64 controller hack jump over to the Bacteria forums. Clarky is also hoping to update his hack with a built-in rumble pak soon.