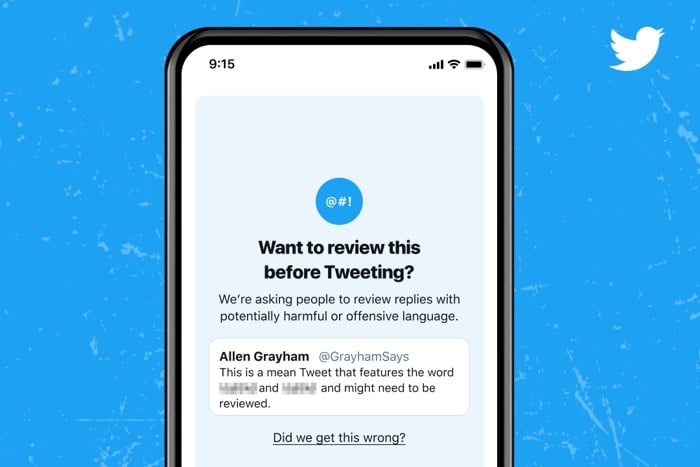 Twitter is making changes to its prompts that are designed to stop people sending harmful tweets, the company will now use improved prompts on both android and iOS.

When someone is replying to a tweet with a potentially harmful tweet or message, they will get a prompt asking them if they may want to review their tweet before sending it.

People come to Twitter to talk about what’s happening, and sometimes conversations about things we care about can get intense and people say things in the moment they might regret later. That’s why in 2020, we tested prompts that encouraged people to pause and reconsider a potentially harmful or offensive reply before they hit send.

Based on feedback and learnings from those tests, we’ve made improvements to the systems that decide when and how these reminders are sent. Starting today, we’re rolling these improved prompts out across iOS and Android, starting with accounts that have enabled English-language settings.

Hopefully this make help to cut down on online abuse on Twitter, as giving people the option to reconsider something before posting it may actually make someone thing twice about posting it.