Twitter has released a new version of their Twitter for Android app, the update is mainly a bug fix update to address an issue with the ‘Me’ tab within the app, that was causing the app to hang up.

Twitter have also improved the users interface for Android Honeycomb devices in the latest version of the app which is version 4.0.1, this is the first update since the release of Twitter 4 recently. 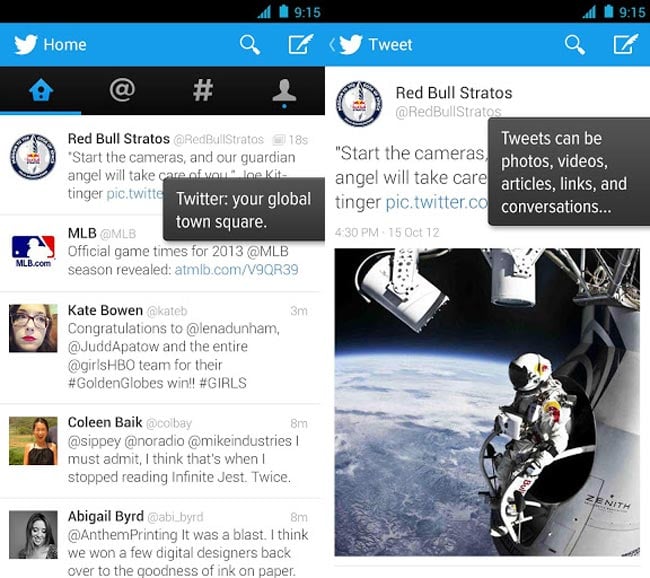 The latest version of Twitter is for Android is available as a free download from the Google Play Store.