If you are interested in becoming part of the Twitter for Android beta test program to sign up all you need do is make a few clicks to start seeing the new features and developments Twitter is working on. 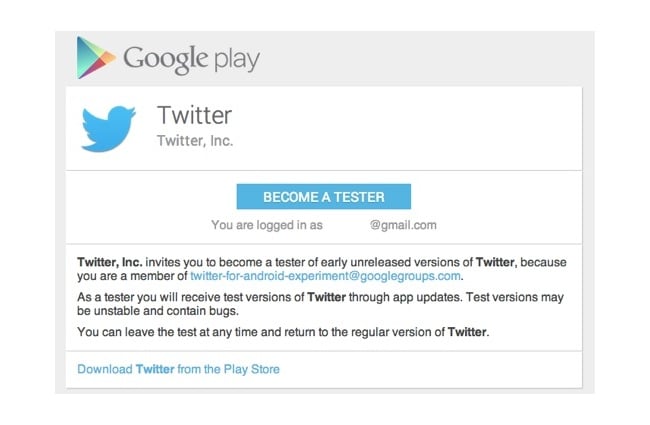 “With that in mind, those looking to get started in the “Twitter for Android Experiment” will need to visit the Google Group that has been setup for that purpose. Once at that point you click to join the group and then scroll down to the “you’re almost done” section which links you to the “Become A Tester” page. From here you sign up to get the app and then download the latest beta release of the Twitter app.”