Yesterday Twitter was hit was a security attack which was sending users to various malicious websites when they moused over a link in a tweet on the Twitter homepage.

The secuirty flaw only appeared on their homepage, and users of third party applications like TweetDeck were not vulnerable to the attack. 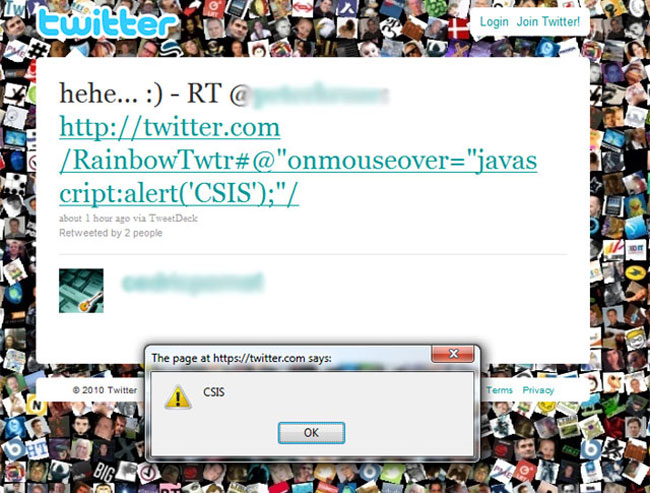 Twitter has announced that the problem has now been fixed, and no user data was compromised in the attack, so it is now safe to use the Twitter homepage again.