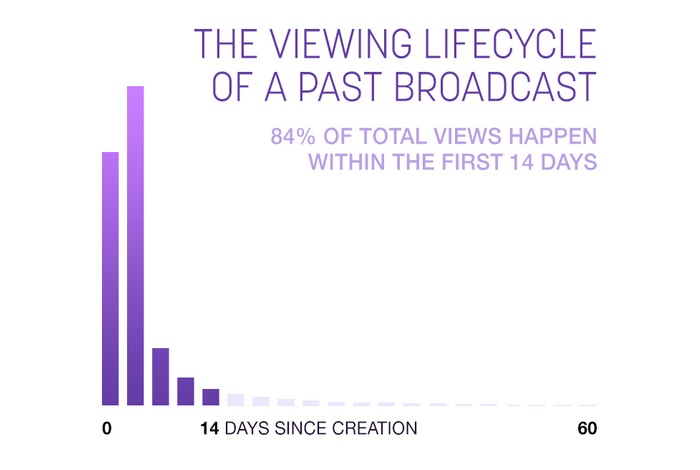 Twitch the online game streaming service that is rumoured to be in negotiations with Google for a $1 billion Google buyout. Has this week announce a new changes it has made to its service one of which will now mute any unauthorised audio which is included in video streams by its members.

Twitch has also announced This week that they will be making changes to the way they store old streams and will be removing the “keep forever” feature from the service.

In the future Twitch will increase default storage for past broadcasts from 3 days to a maximum of 14 days, for everyone who has opted in. However for Turbo subscribers and members of the Twitch Partner Program, storage will be increased to a maximum of 60 days. Twitch explains a little more :

“We also discovered that 80% of our storage capacity is filled with past broadcasts that are never watched. That’s multiple petabytes for video that no one has ever viewed.

Unfortunately, increasing the amount of storage this way comes at considerable cost. In order to enable this, we have to remove the “save forever” option entirely for past broadcasts. Given the viewership patterns on past broadcasts, we believe the tradeoff is better for everyone. To be clear: this is not a move to economize on space. Due to the triple redundancy, it will actually require us to substantially increase our total amount of storage.”

A new Twitch Video Manager has also been created to help members prepare for the upcoming changes and the way Twitch are storing your past broadcasts. Check out the video below to learn more.

For more information on the new changes Twitch are making to their service jump over to the official Twitch blog website for full details.