A new update for the Tweetbot for Mac application released this week has brought with it a number of new features and tweaks, including a new thumbnail feature for Vine and Flickr within the app.

The latest Tweetbot for Mac app update from developer Tapbot follows on from the update for Tweetbot for iOS which rolled out nearly two weeks ago. 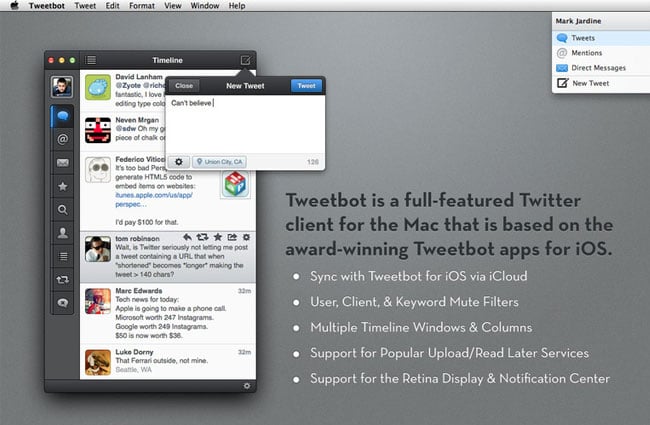 Other features include notifications for specific users, support for adding .mp4 video to tweets, the ability to reorder accounts in account preferences, and new options for menubar icon and dock badge, together with compliance with the Twitter 1.1 API.

If you use Tweetbot for Mac be warned that you must upgrade to Tweetbot 1.2 or later by March 5th, 2013. All previous versions will stop working due to Twitter API changes. You can download the latest version of Tweetbot for Mac from the Mac App Store now.