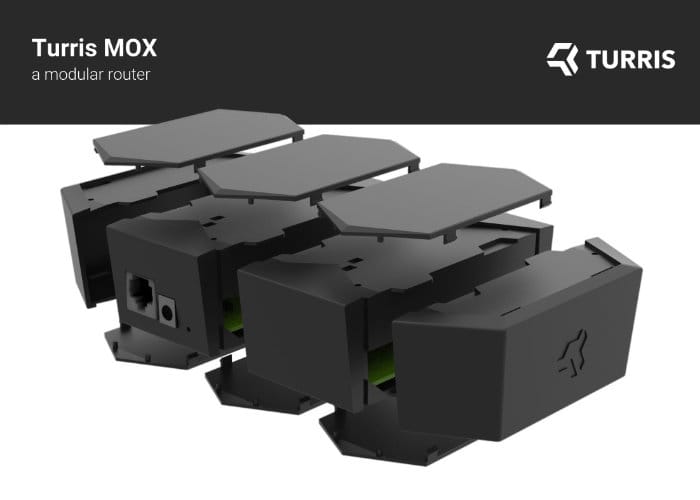 If your router could do with a upgrade you may be interested in the new Turris MOX router, which builds on the company’s first open source router the Turris Omnia. Offering a high performance modular router which can be configured to your exact requirements. The company has created and developed four modules for the open source router which can be combined to meet your needs and requirements. Watch the demonstration video below to learn more about the Turris MOX router.

The router is supplied with the companies custom-designed open source software in the form of Turris OS. The operating system of the router can be automatically updated to help keep the router secure if a threat is identified by the Turris development team. The Turris MOX router is now available to back via Kickstarter with earlybird pledges available from $149 for the MOX Classic system although other modules are available from $89 pocket wireless router. Jump over to the official Indiegogo crowdfunding campaign page by following the link below for full specifications and the list of all available pledges.