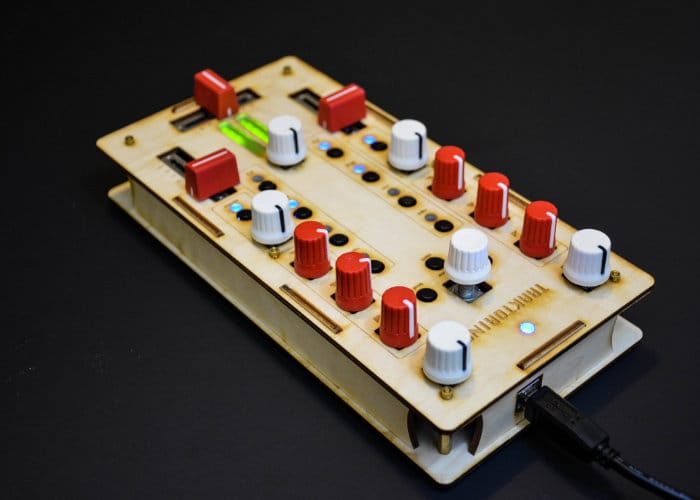 DJs interested in creating their very own open source DIY MIDI controller are sure to be interested in a new design called the Traktorino, which as the name suggests is based on the Arduino platform. Created by Músico Nerd the DIY MIDI controller It is equipped with a wide variety of different sliders and knobs as well as LEDs which can provide customised feedback. All the electronic components are safely protected in a laser cut wooden outer and the system has been specifically designed to control Traktor DJ software by default, under the name suggests.

However it also supports other MIDI programs and perhaps could even be adapted to work with additional applications such as Ableton Live, Serato, FL Studio, Logic, etc. Check out the video below to learn more about the the DIY MIDI controller which is now available to download from GitHub. “The Traktorino is a powerful low-cost DIY MIDI Controller. It is based in the Arduino platform and it comes in DIY kit, or assembled. In its core, there’s a shield that connects to an Arduino Uno, which uses open-source code, making it totally hackable.”

For more details and to build your very own Traktorino DJ DIY MIDI controller jump over to the Music Nerd website by following the link below.