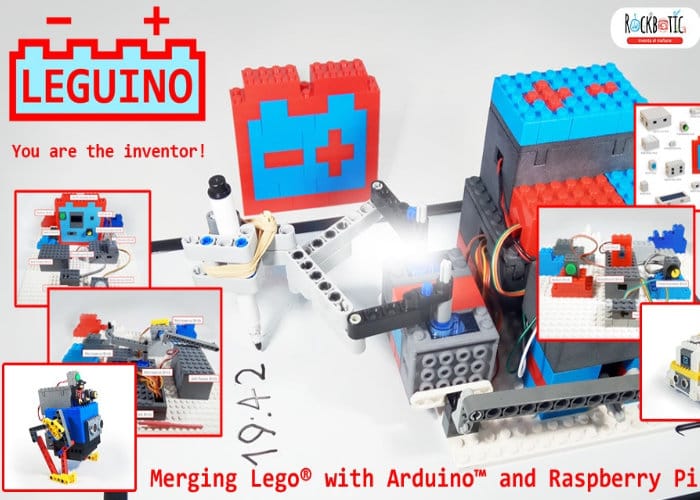 A new electronics kit has taken to the Kickstarter crowdfunding website this week called Leguino, specifically designed to merge LEGO, Arduino and the awesome Raspberry Pi mini PC platforms into one versatile system. Watch the demonstration video below to learn more about Leguino which has been designed by developer Urs Markus Ernst Streidl based in Belfast.

The Leguino system is now available to back via Kickstarter with pledges staring from £59 providing a kit that allows you to build a “unique Leguino Thermometer”. The new platform integrates the worlds of LEGO models and micro computer technology using the Raspberry Pi and Arduino development boards and contains compatible electronics that physically fit into Lego compatible brick cases. Check out the full range of bricks below.

“With Arduino (or Raspberry Pi) and LEGO combined, there are virtually no restrictions for makers. Use your LEGO skills and combine them with the endless range of elecronic hardware and possibilities. Build whatever you desire. But don´t waste time and effort building fiddly cases, drilling holes or other time consuming hardware, reduce time and effort and apply Leguino bricks to your next level of masterpieces. Take some LEGO bricks and start building” says its creator.

For more information, specifications and a full list of all available pledges jump over to the official Kickstarter campaign page by following the link below.